The Art of Whitewater: Momentum

This is the second in a series of posts about whitewater kayaking and some philosophy beyond the basics; ideas and concepts meant to help intermediate paddlers improve and get more out of the sport. As parts are added, these links will go live: 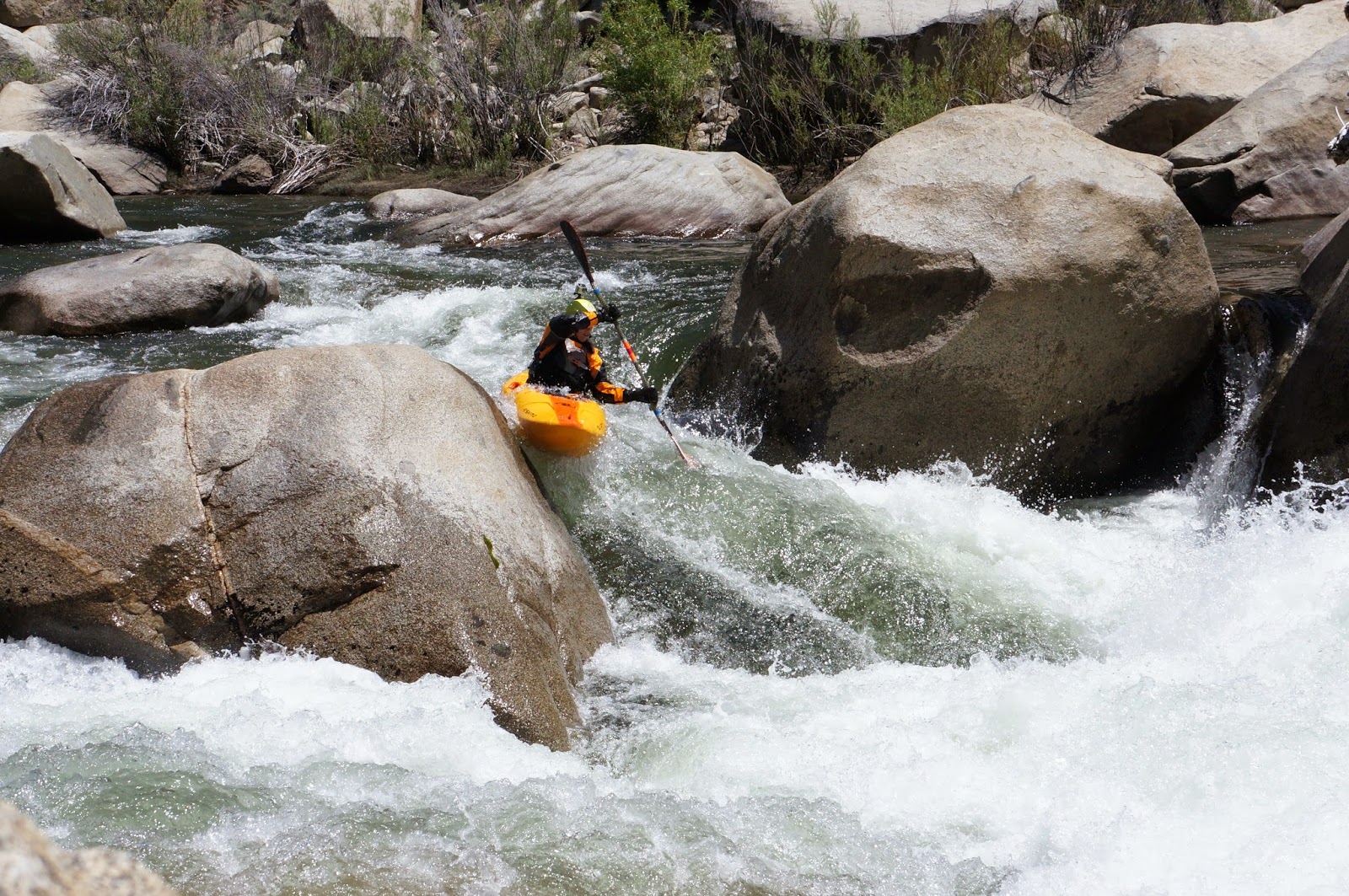 When people start paddling on the river they simply want to get where they're going without running into trouble. What separates skilled paddlers, those who move effortlessly around obstacles and paddle with grace, from whose who struggle to survive, is the realization that the battle is won long before the enemy is faced. The strategy to master is the role of momentum.

Not to get too technical, but momentum is a vector, meaning it has a magnitude and a direction, both of which must be controlled to achieve the desired result. The beginner sees a rock and paddles away from it; the intermediate sees open water and steers for it; the zen master floats away from the one and towards the other with hardly a stroke.

The basic concept to start with is this: if you want to get left, start right. Too many people see their downstream goal and try to get there early, not understanding that they will need to have momentum when they arrive and momentum is built upstream. Shooting for an eddy on the left, they start on the left side of the river. When the eddy approaches, they point their nose at it but the river carries them past. They scramble to paddle forward and eventually aim upstream, clawing their way into the bottom of the eddy. They were in the right position at the top of the eddy, but had no momentum to carry them in the direction they wanted to go.

If you start right of the eddy (exact distance will depend on strength of the current and your own speed) and are already moving to the left as you approach the top, your momentum will carry you across the eddy line and into the eddy itself. The same is true of any target - if you want to avoid a rock, one of the best places to be is right above it with momentum heading away; if you want to hug the inside of a river bend, start on the outside and paddle towards where you want to go. It's not enough to know where you want to be, but you also have to know which way your momentum should be carrying you when you get there.

The next level is understanding how your boat interacts with the water to change momentum for you. We've all seen two boaters enter a rapid at the same place and achieve vastly different results. The expert takes a handful of strokes and emerges at the bottom unscathed; the learner battles fiercely to follow the line, blades windmilling and boat turning every which way, only to get pushed off course and fighting to survive. It's the difference between letting the river provide the power, using it's flow to redirect the kayak when needed, and trying to do everything through brute force.

A wave will deflect you in the direction your nose is pointing. A wide stroke against that wave, on the downstream side, will accelerate the change in direction and move the boat across the river. Catching a blade in a passing eddy will slow the boat and allow the water to take the paddler on its path, whereas a driven boat will cross currents with little change in momentum. Sharply edging a boat away from the current increases its affect, while flattening the boat will minimize it. Use these tools to let the water move you from one side to the other, always with an eye far downstream, adjusting to the next goal well before it arrives. 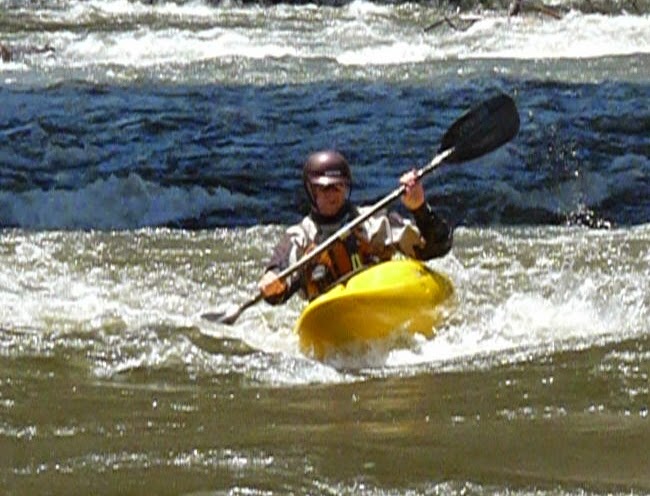 The best way to work on understanding and using momentum is to eddy catch your way down a rapid. Pick a long rapid, ideally a step below challenging for you, with lots of rocks on the sides and in the middle. Work your way from right to left and back again, catching as many eddies as you can along the way. Start by spotting the crucial point right before you catch the eddy - where do you need to be, which way should your boat point, and what momentum should you have when you get there.

Once you can hit your target with your desired momentum, try repeating the performance with fewer strokes. The fewer strokes you take to accomplish your goal, the more you'll have to let the water do the work. Play around with edging and boat angle, slow your strokes down and pay attention to the flow of water around the paddle. The same tricks that allow you to leisurely move around on easy rapids are the ones that will let you handle harder rapids when the slots are narrow and the water more powerful.