Legend in My Own Mind

We all have egos. Kayakers may be a welcoming bunch, always ready to welcome a new member to the club or show a stranger the line on a rapid. We rib each other over our gaffes, celebrate our swims with a bootie beer, and gather together in some of the most unflattering clothing the world can design. But underneath it all we have a little pride. We want to do well and be known for doing it. I am no different.

My last post was about the love I felt at the Paddle Golden Gate symposium, but one of the best feel-good moments came a bit later. It came from one of my students, an older gentleman who used to paddle whitewater but found himself in a long boat as he slowed down. He brought great enthusiasm to the class and was happy to talk to another river guy. After the event he searched out my book and sent me a quick email relating to one of the stories inside.

Several years ago he found himself in Pasadena, standing next to the Arroyo Seco. He wondered if it might be kayak-able and asked a local friend. He was told it rarely ran, but it had been done in the past. Some locals had done it a few years earlier and apparently had to hike out in the dark, only to find their shuttle vehicle locked inside the parking lot at JPL. But they had kayaked it.

That's chapter 12 in A Paddler's Journey. My first introduction to creeking in California and still one of my fondest memories. Yes, we hiked out in the dark the first day. And our car was locked in. but we built a ramp out of stones to drive out. My buddies were covered with poison oak and we all had blisters the size of softballs on our feet. We came back the following week to hike in and finish the paddle out. Total success. 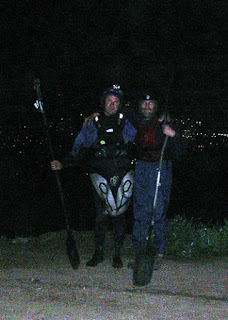 It's nice to be remembered for what you did, especially if you had fun doing it. I'm glad some of my stories exist in the world even if I'm not there to speak them. Here's what I said about that trip in the book:


When I think of the fun moments that paddling has brought me, the incredible views and exotic locations, one of the first images to spring forth is Andreas and Paul standing arm in arm posing atop a ridge overlooking the lights of a city of ten million people. The closeness and camaraderie we found on the Arroyo Seco is something you don’t get from the picnic grounds or a short hike to the falls. It sets us apart from those who never leave their concrete environment; it makes the hardship and struggle more than worth the effort. I overcame my fear and doubt and re-found myself through kayaking, and nothing would take that away again.

Thanks, Bix, for making me feel important if only in a little way.
No comments:

It's been a couple weeks since the event but I've been on vacation and just found the time to sort through pictures and put some thoughts together. Paddle Golden Gate is an amazing sea kayak symposium put on by my old employer California Canoe & Kayak and my good friend Sean Morley. It's functionally the heir to the Golden Gate Sea Kayak Symposium which was the same basic event run by mostly the same people but under different auspices. Whatever you call it, the event is a gathering of some of the best instructors in the world, some of the most eager and dedicated students, in one of the most spectacular urban paddling environments at the base of the Golden Gate Bridge. 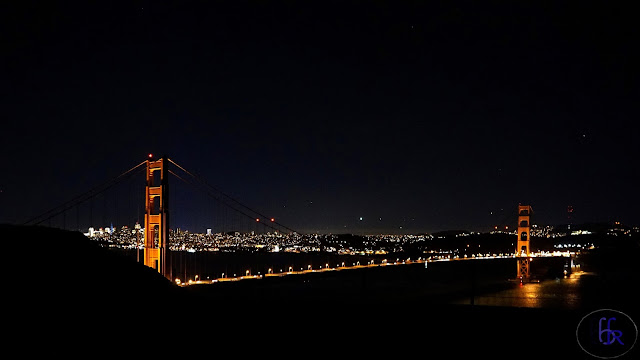 I've taught at the event since the first one back in 2009, and going back each year is like a class reunion - but with only the good people you used to hang out with, none of the annoying folks who you always tried to avoid. Since I moved to the Mendocino Coast a few years ago I teach less often and see my fellow instructors even less frequently, so it was great when I arrived at the Marin Headlands Hostel the night before classes started and I was stopped to get a hug or handshake five times before I could make it the twenty feet to check in and register. Some folks I hadn't seen in months, some in years, but everyone was happy and I spent the next two hours catching up with people before retiring to a surprisingly quiet room (dorm sleeping is all fine and dandy until you get one loud snorer in there).

The first day I got to lead a tour to Angel Island with Sean Finigan. Sean's from my old stomping grounds in Sacramento and we've paddled together a few times but never taught together. We had a class full of folks who, more than anything else, wanted to enjoy a day paddling on San Francisco Bay, most of them for the first time. We had to fight against the current and make a hard ferry across Raccoon Strait, but we were rewarded with a sunny, relaxing lunch in the middle of the Bay - California winter can be grand! After we rode the current back home we had a nice meal at the yacht club and more catching up with old friends and new. Couldn't have been easier.

Day two brought even warmer and sunnier weather, if that was possible. I was scheduled to lead one section of the combat rolling class and traveling instructor extraordinaire Ben Lawry another. We joined forces in the morning to assess and divide up the students which lead to groups divided out by interest and ability, which allowed each of us to really address the needs of our students and everyone seemed to get what they needed out of the day. I got help from another new instructor - Mike Kowalsky. Sometimes it can be a little awkward working with someone you don't know - you step on each other's words, use different sequencing or progressions, etc. - but the whole day went smooth, trading off topics and letting one idea flow into the next. Another great day in the books.

The Saturday evening presentation was at the Bay Model (a very cool place in it's own right). More great food provided by CCK, free beer provided by Ninkasi, and an amazing slideshow and story from Jaime Sharp on his circumnavigation of Svalbard. Brief summary: lots of icebergs, polar bears, and stunning beauty. 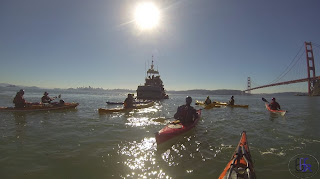 The final day was Incident Management, always a fun one. And yet another new instructor for me to meet and work with, this time Martini Ploug from Denmark who was paddling a brand new kayak model from Current Designs. Once again we worked together seamlessly and even had the treat of the Coast Guard joining us for a scenario - pulling an injured kayaker on board their forty-three foot lifeboat. The participants really appreciated the chance to actually make the radio call for help instead of pretending like you do in most classes. And even though the rescue was fairly quick and straightforward, it bought up a lot of thinking points for us to discuss afterward. A great way to round out three days of classes. 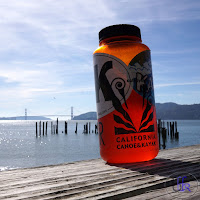 Overall it was a great weekend. The classes were fun to teach and the students always eager and ready to soak up more. But what really makes symposiums like this so special is the mood that pervades everything. It's the joy of hanging out with old friends, seeing everyone gear up for their various adventures and then catching up over a beer at the end of the day. It's learning new tricks and tools to better do my job and getting feedback that it is working. It's an immersion in the sport that makes the whole larger than the parts. While Paddle Golden Gate is going to be a biennial event (next one in 2018), I look forward to Oregon's Lumpy Waters in the fall, the ACA PaddleSports Coference here in California, and the Storm Gathering U.S. next year. And wherever you are, look around for opportunities in your neighborhood - Florida, Seattle, Great Lakes, British Columbia, Georgia, Nova Scotia, Israel, Baja, the U.K., and many more. Thanks again to California Canoe & Kayak - it takes a lot of work to make these things happen but it is so worth it! 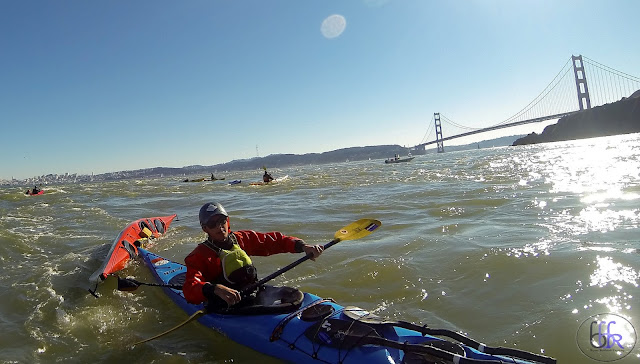