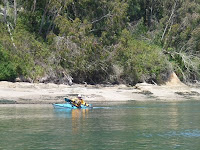 In about a week or so I'll be heading out for several month road trip to BC. It's a sea kayaking trip and I've started making the transition from river paddling to the ocean. While all the paddling I've been doing has gotten into good condition it isn't the same as spending several hours in your boat riding the swells and fighting the wind. So I spent a couple days paddling down in the Bay - including a 25 mile day on Tomales Bay and a paddle out under the Golden Gate. 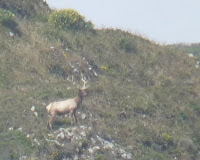 es I got the opportunity to paddle with my buddy Frank while exploring the Pt. Reyes shore and wildlife. There were a number of elk walking along shore and lots of birds on the water and in the air, as well as people out clamming. Then I continued down the Bay solo for a good workout paddle and was ha 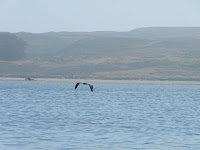 ppy to realize that it wasn't much of a strain. I guess the hours in a little boat do transfer over.

I have one project left to get my boat ready for BC: I am installing an automatic electric bilge pump. It's the type of thing I don't expect to ever need but might make all the difference if things really go south. It goes along with my SPOT, VHF, manual pump, paddlefloat, flares and more. You can't have too much safety equipment, right?
No comments: 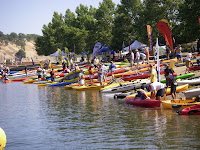 Well, I was supposed to head out to Colorado to visit my dad and attend a whitewater festival in Salida but my truck had other ideas. So after several days of listening to mechanics reports like an anxious parent at the hospital I ended up staying home which enabled me to help out with CCK's annual Paddlefest on Lake Natoma. It's a day of clinics on Saturday (including Greenland rolling and rescues) and a day of demos on Sunday.

g on Saturday but stopped by for a workout paddle and took some pictures. Greenland rolling was taught by Helen Wilson and is a thing of beauty to watch. The rescue clinic is always good to see - people in the cold water desperately trying to get back i

n their boats. There were also Stand-Up-Paddling and Fitnes clinics at the other end of the lake.

On Sunday, after helping unload and set up boats , I spend most of the day doing hourly kids clinics. Mostly it was just to keep the kids busy while their parents tried out some 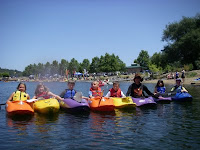 kayaks, but it was fun to see the littlest kids figure out how to get where they wanted to go (eventually). Then more kayak loading at the end of the day and a long weekend came to an end.
No comments:

Email ThisBlogThis!Share to TwitterShare to FacebookShare to Pinterest
Labels: lake 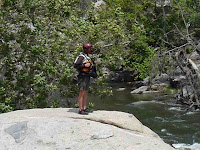 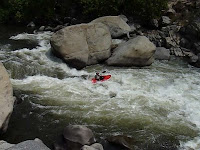 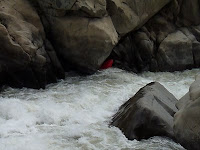 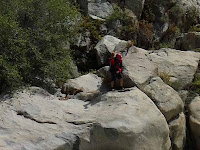 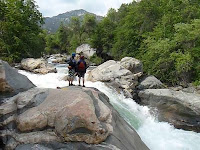 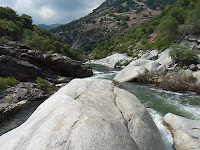 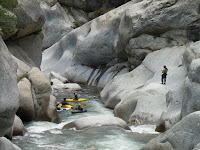 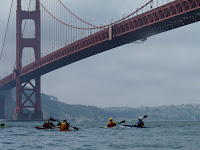 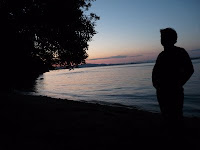 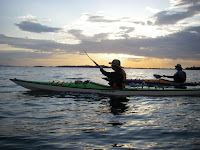 Well, it was actually right after we got off the lake that the lightning storm started. So technically, the lake paddle in itself was quite peaceful. Some good wildlife sighting, a nice sunset, all very relaxing. A nice change of pace from traveling around the state hitting new and challenging rivers every few days. Pictures.

But as soon a 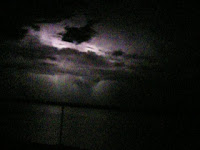 s the boats were loaded up on the cars the sky started putting on a very exciting show. News reports said it was averaging 3,500 lightning strikes an hour. Watching it the sky was basically lit up by the flashes. Check out the video below to see for yourself.