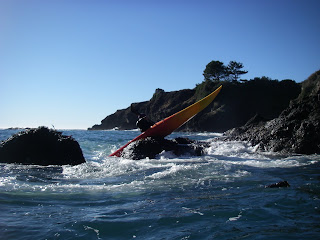 I have a kayaking friend who's, well, let's not call him old but just 'very experienced', and he likes to say that good judgment comes from experience - and experience comes from bad judgment. And it's true: we tend to learn best from our own mistakes. The problem is that we often don't recognize when we make a mistake of judgment because we assume that a good outcome means we made a good decision. Not true.

Because you have to understand the nature of risk is one of probability and consequences. If you run that rapid, what are the odds you'll flip? If you flip, what are the chances you'll swim? If you swim, how likely are you to get hurt (or killed)? Just because you get a certain result in a single roll of the dice doesn't mean it was likely or that the outcome was a result of skill and ability instead of pure chance. Most people, if they paddle away from a rapid, take that as evidence they made a good decision without critically examining what actually happened. Aside from leading to a false sense of confidence that will ultimately lead to disaster it also is a missed opportunity to learn from your mistakes without having to suffer negative consequences first. 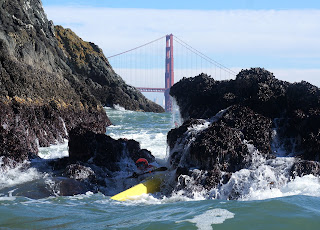 Think about this in pure statistical form. How much would you bet on flipping a coin so it comes up heads? Odds are fifty/fifty, so it's worth a little risk. But if you won, would you then assume it proves you're really good at flipping coins? Would you stake your life that the next flip also comes up heads? Or would you realize your win involved a certain bit of luck and does not guarantee a repeat? If you have a fifty percent chance of returning from a kayak outing with a dislocated shoulder, you'd think long and hard before you headed out. If you chose to go and came back unscathed, and you did that again and again, the odds of getting hurt approach one hundred percent real quick - just like the odds of the coin will come up tails sooner or later (most likely sooner).

Studies have shown leading factors in deadly accidents for experts (people who have enough experience to presumably have good judgment) include underestimating familiar dangers and an unwillingness to re-evaluate decisions once they commit, even if a bailout presents itself. There's also lots of evidence that humans love to engage in ex post facto motivated reasoning: using our final position to justify the reasoning that lead to that state. We can do better, but only if we're aware of our natural shortcomings and create a decision-making model that includes our weaknesses and deliberate steps that help us identify and overcome them.

So if you run that rapid, get offline and flip, but roll up in an eddy instead of getting pushed into a sieve, count yourself lucky but also realize your decision-making was possibly flawed. If you take a newbie out on the ocean on a big day but manage to do a T-rescue before they crash into rocks and they don't realize how close they came to being reduced to sausage, instead of pretending everything is fine maybe admit it was a bad idea. 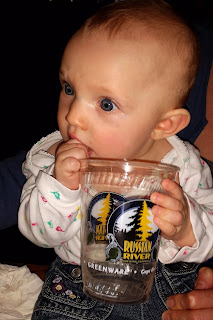 The same is true in life. My three your old daughter likes to lick things - her toys, her clothing, random objects she picks up on the ground. Most of the time she doesn't get sick, so she keeps doing it. Yet I'm pretty confident her current good health doesn't validate her decision-making, and the frequency with which she gets sick for ' no apparent reason' supports my argument that she should cut it out. And if you lie to your boss about sick days, cheat on your partner or your taxes, or spend your money on expensive vacations instead of fixing the old plumbing in your house, you shouldn't think that getting away with it makes it right. You might be fine in for the moment, but your judgment is bad and the probability of negative consequences will catch up to you eventually. So cut it out already!