The Art of Whitewater: Technique

This is the first in a series of posts about whitewater kayaking and some philosophy beyond the basics; ideas and concepts meant to help intermediate paddlers improve and get more out of the sport. As parts are added, these links will go live: 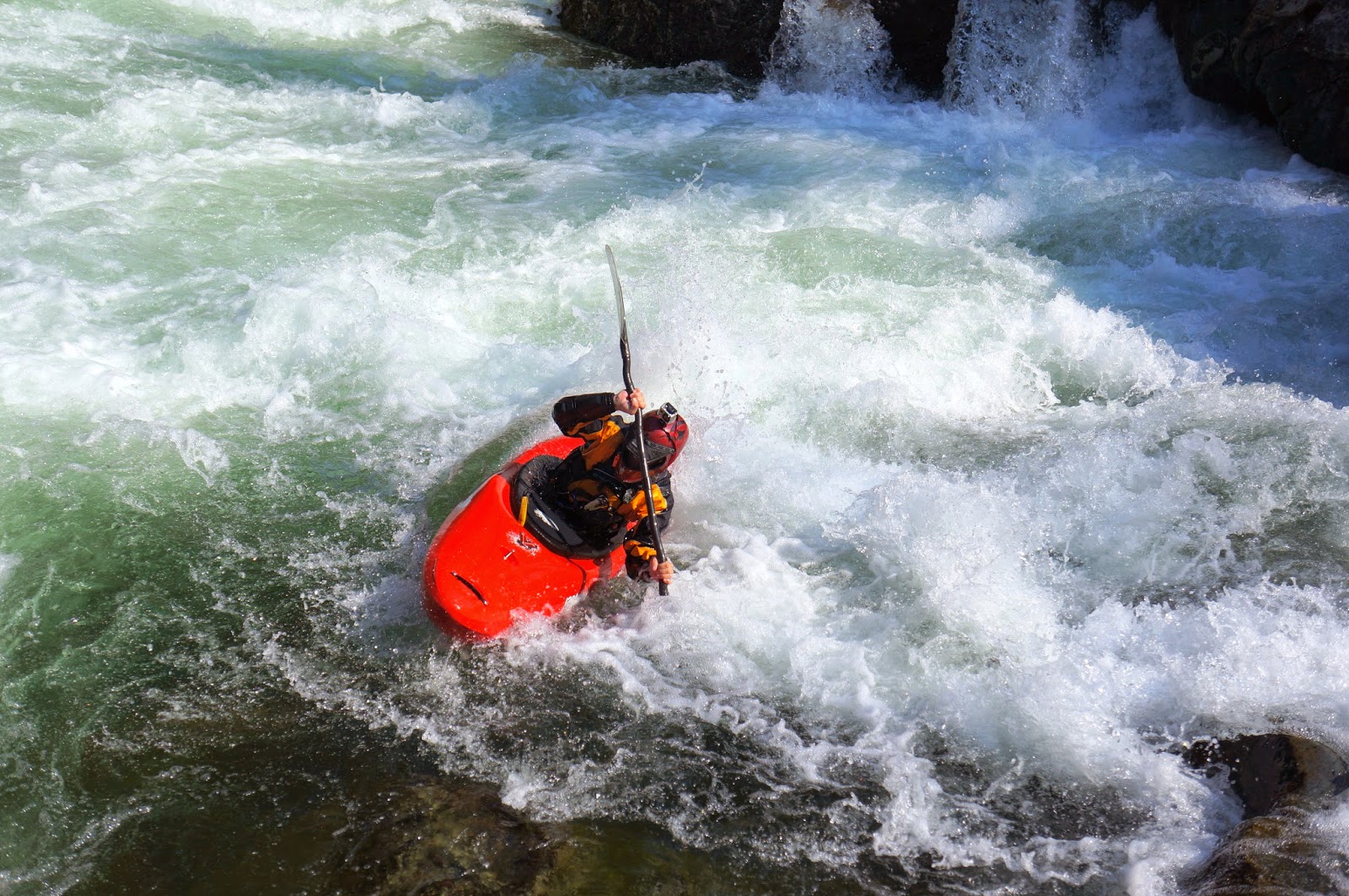 Technique is not something that you learn at your computer. Yeah, videos can be helpful, and breaking down components can give people new ideas to try. But you learn by doing, and learn fastest with feedback from someone who knows what they're talking about. The truth is that if you started with a two-day class from a competent instructor you probably were taught most of the technique you actually need to use even on a class V river. The problem is even those who 'learned' the right technique do very little to practice and improve it. With that, most paddlers on the river have poor technique that gets even worse when under pressure or fatigued. Even most class V paddlers.

That points out a couple things: first, you don't need to have great technique to paddle hard whitewater; second, me talking about technique on a blog isn't likely to change anything. But I'm going to throw this out there anyway, in hopes it might inspire a few folks to do what is needed to improve their technique - and only you can improve your own technique. All it takes is practice. You really just need to want to improve your technique. So why should you?

Technique gives you options. It gives you control, protects your body, increases your safety, extends your career. It's a long term thing. Most people paddle whitewater for the thrill, the sensation of of wildly crashing down a rapid and hoping to make it to the bottom. Technique, in a way, is the antithesis of this. That's why I think beginners give up fairly quickly on technique once they've reached the point that they can survive a rapid upright - they've achieved their short term goal and don't see the need to put in more work. Over time, they learn to handle harder rapids and advance in the sport. That's when the short term thinking eventually catches up. 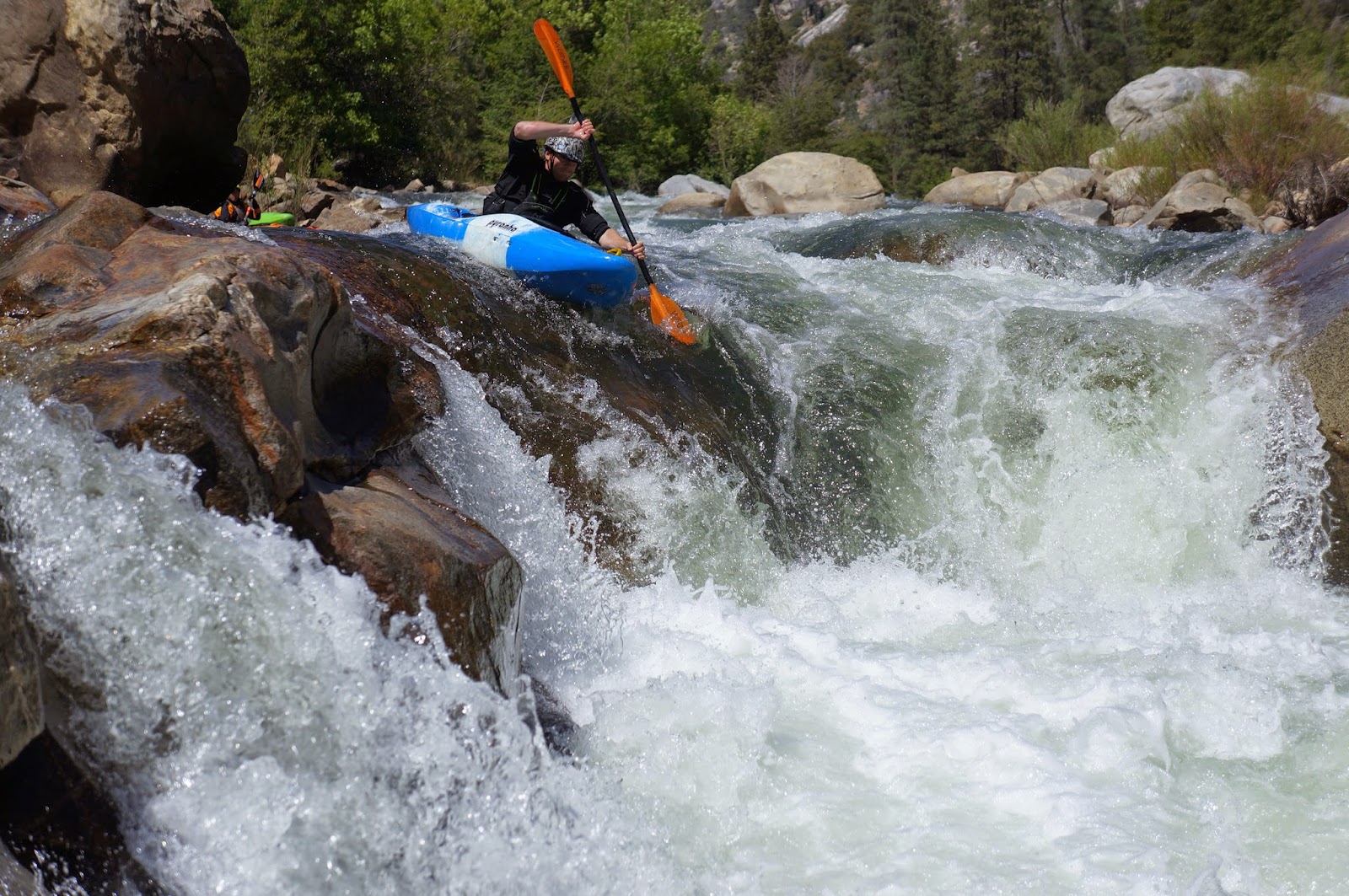 When you start paddling class IV and class V, the consequences are more severe. Not just the danger of the rapid, but the toll it takes on your body. The rivers are more powerful, moves need to be executed quicker with more precision. The lack of good technique leads to blown lines and blown shoulders. It holds you back, slowing progress and limiting fun. But by the time most people realize this, they're set in their way and think they know what they're doing. It's hard to step back and NOT have fun on the river, to spend time working on technique and admitting that there is more to learn and improvements to be made. So most flounder on, having fun without recognizing that even more enjoyment is just beyond their reach.

If you want to get more out of your kayaking, and you want to do it for many years to come, find yourself a good instructor, get a one day lesson on a river a grade or two easier than you normally paddle, and learn how to do things properly. Then spend lots of time working on technique every time you paddle. Practice, it's that simple. 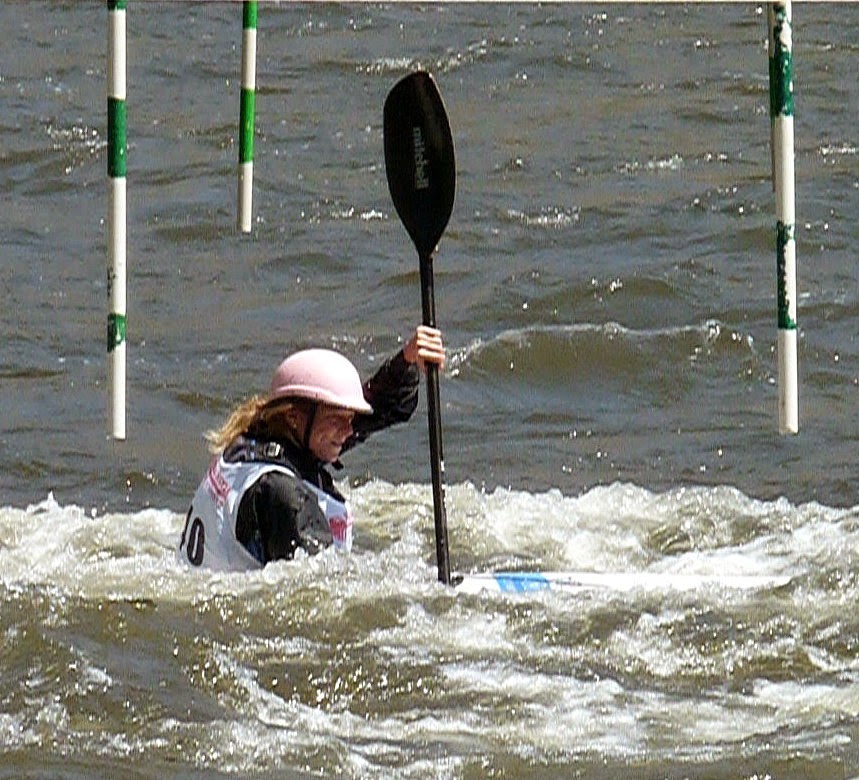 A good forward stroke will vastly improve your ability to avoid hazards. It will give you more return for less effort, saving you energy and allowing you to paddle safely as you age and lose strength. Most people have crappy forward strokes. I'm not going to try to teach the keys to an efficient forward stroke here, but I will say that a good way to learn what works and what doesn't is to do attainments. And slalom practice - that's always a good one for technique.

A good brace (technique-wise) is the difference between staying upright and flipping over with an injured shoulder. If you work on the other lessons you shouldn't need to have to brace much, but when you do it's essential that you have safe form. 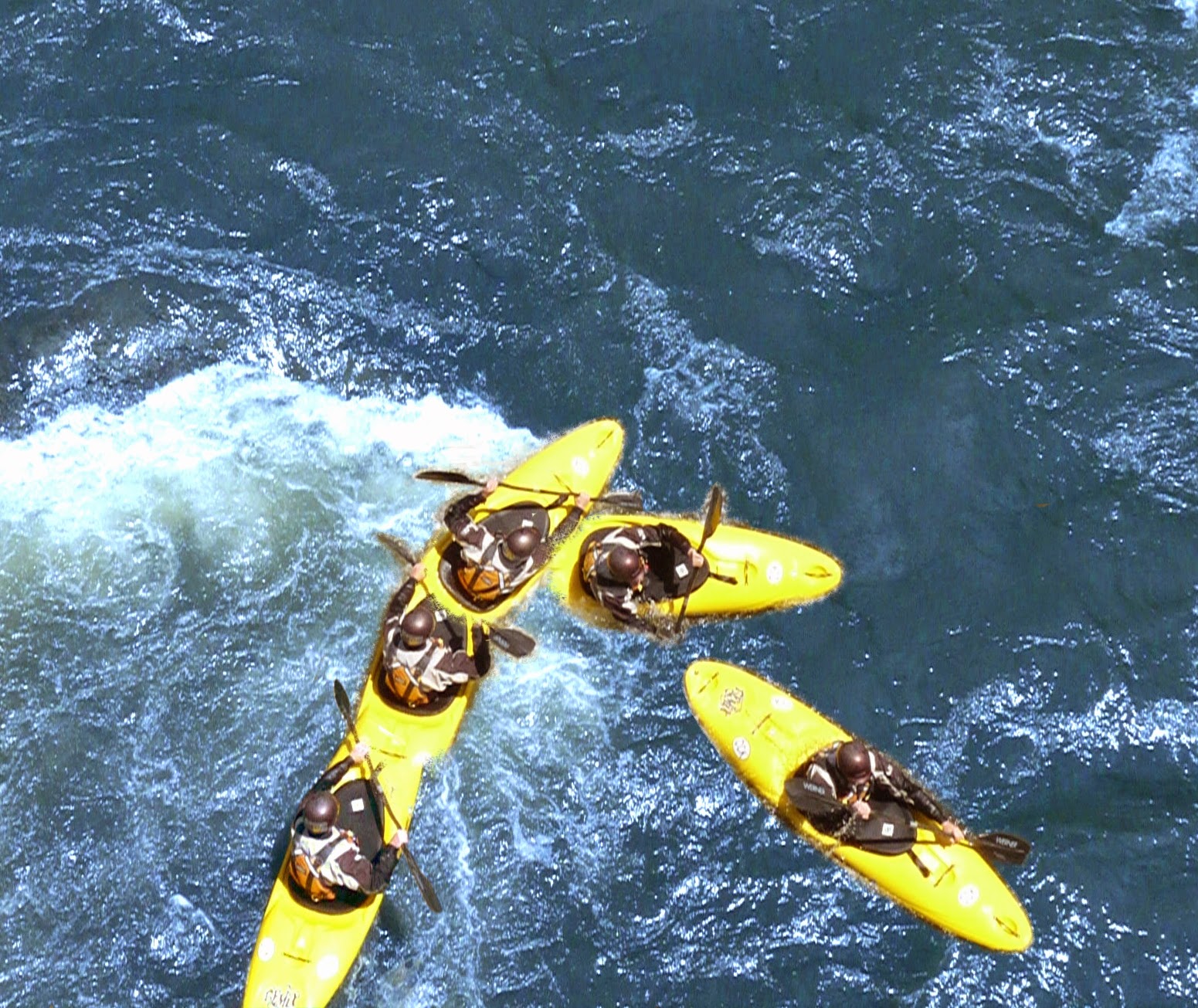 Eddy catching. There are lots of techniques to catch an eddy - bow draws, low braces, duffeks, gliding stern draws, etc. What dialing in the varieties and proper form will give you is the ability to catch the important eddies - the small ones near rocks, the hard ones with fast current right above the drop - and the right way to leave that eddy and enter the drop. I tell my students all the time that eddy catching is the most important skill they will learn for running hard stuff and I stick by my words.

As I said, you don't need to have good technique to have fun. But I do believe that the better your technique, the more potential for fun you will have. Isn't that worth it?
1 comment:

Kayaking South of the Mendocino Headlands

A few months ago I wrote up a little paddle we did around the Mendocino Headlands, exploring the many caves and tunnels. Starting from the same place, Big River, this time we headed south. The rock is similar in quality, creating many caves and tunnels again, but it seems like the rock is a little weaker on this side of the bay, with more collapsed ceilings and portholes in the walls.

It was a quick and easy paddle, and this time I shot video instead of stills. Enjoy: 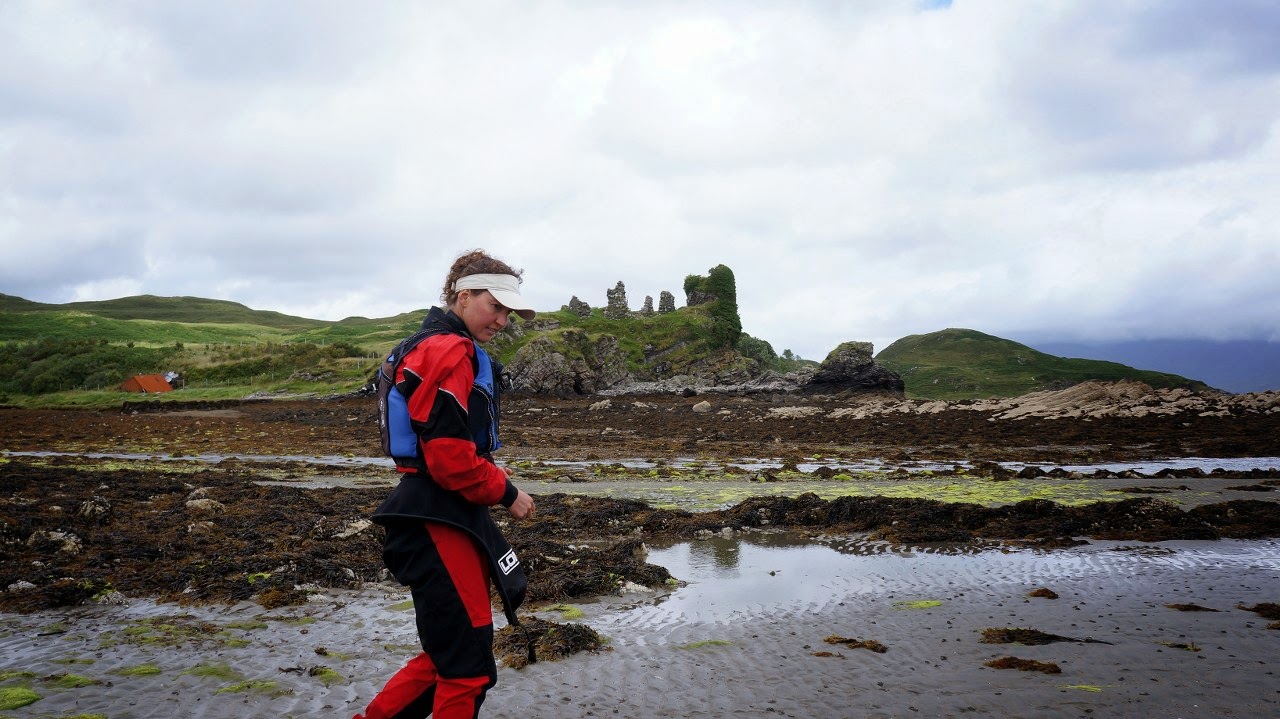 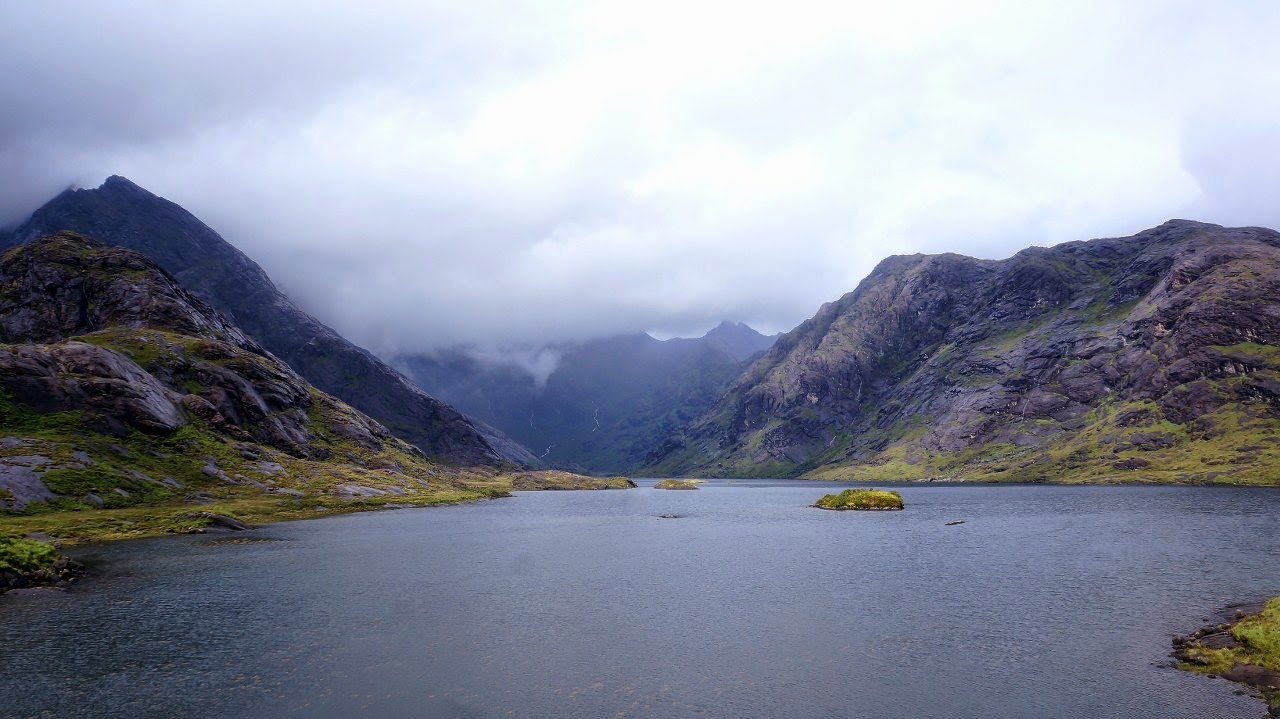 We could have happily spent another week paddling in new locations on the island and only scratched the surface. Returning our boats to Gordon, he talked about the other nearby islands and all they have to offer, lighting up even more when discussing the further options like St. Kilda and the Outer Hebrides. I still feel that California has some of the best kayaking coastline in the world, but with the hundreds of islands, large and small, round and jagged, Scotland clearly has more variety and more options, all in less space. There are many places I would like to go paddle, but I think I could spend a lifetime exploring Scotland and never do the same route twice.
No comments: