I had one of those days the other day. Went for a surf session and got a couple nice waves but mostly fought my way in and out, got slammed by closeout sets, and kept chasing a moving takeoff spot all over the place. I shouldn't have been so surprised - the forecast called for a mix of swells, 4 ft. @ 9 sec. from the NW, and 3 ft. @17 sec. from the SSW. So what does all that mean? I'm sure many of you know, but for those who don't, interpreting a surf forecast is an essential skill for anyone who paddles on the ocean (in any type of craft).

Let's start with the basics. Swell is the term for waves that travel long distances across the ocean. They are generated by winds somewhere far away from you, so don't worry about the weather report when trying to understand swell (that's a different topic). Here on the coast of California, our waves come from Hawaii, or Japan, or Alaska, and depend on weather that happened weeks ago. That's one reason we get big waves - they have a long distance to build up steam.

The height of the waves is the number most people pay attention to, but what does a 4 ft. swell actually mean? That can depend on where you are in the world, but here in the U.S. the height reported is measured from crest (top) of a wave to the trough (bottom). For you scientists (and southern hemisphere folks), that's twice the amplitude. It means that if you're standing at the bottom of the valley in between two waves peaks, that's how tall the wave coming at you will be (it also means you can walk on water, so congratulations). That doesn't mean that the surf will be 4 ft., so keep reading. 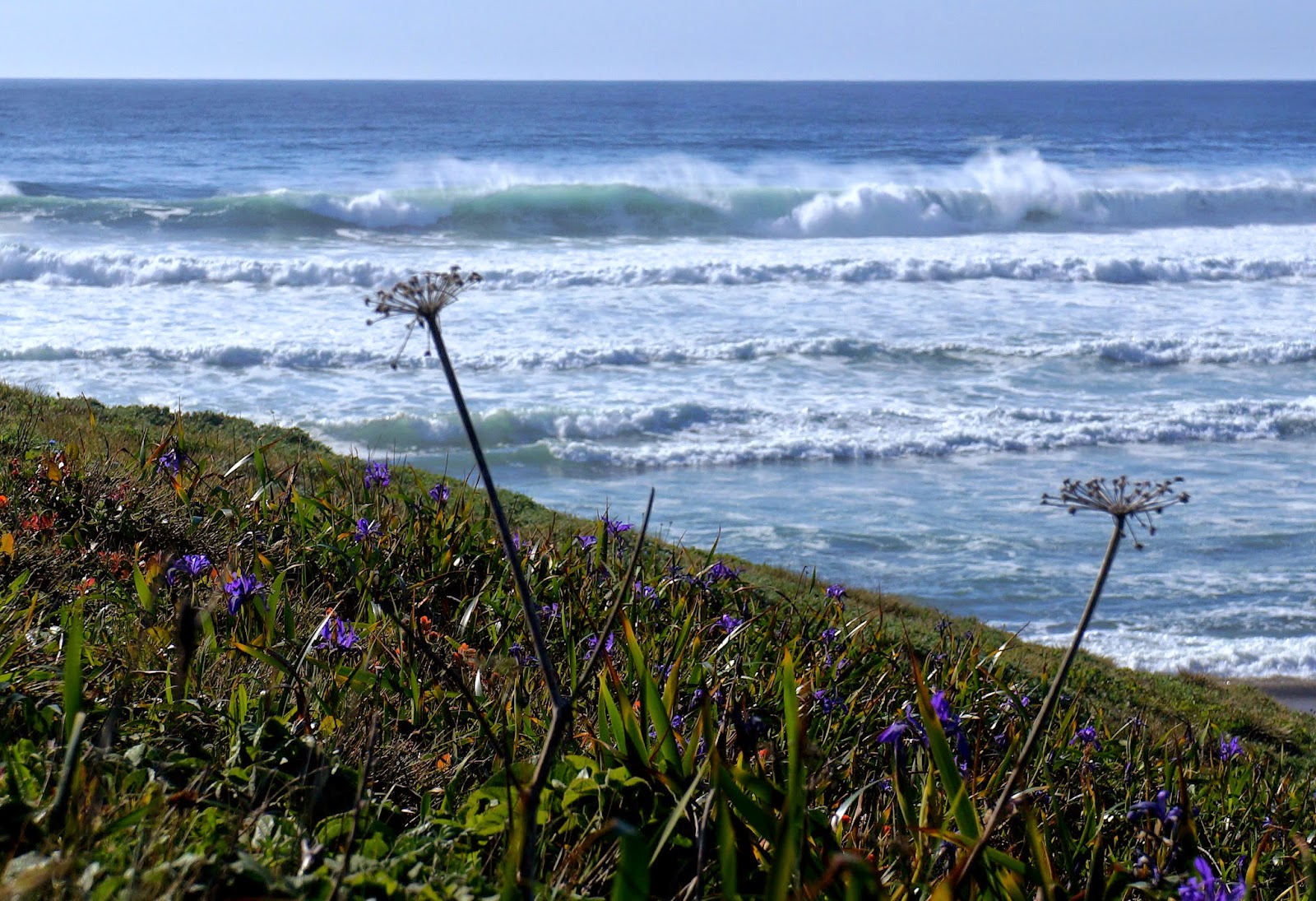 A couple caveats. Swells forecasts are predictions - they ain't always right. Even a swell report of what is happening right now isn't uniform - waves vary in size from one to the next, so many waves will be smaller and some will be larger. It's also important to note that on the open ocean, swell just goes up and down - it won't break until it gets to shallower water. So even a twenty foot swell is easy to handle in a kayak if you're in deep water - though getting there might be tricky.

Swell turns into surf when it hits the beach. Don't stress about the math, but when the depth of the ocean is approximately 1.3 times the wave height, then the wave will start to break - which means the top will pitch forward and the wave will release it's energy. So a 6 ft. swell will start to break in eight feet of water, but a 3 ft. wave won't break until the depth is four and a half feet. That's why large waves break further out and small waves break closer in. How high that wave is when it breaks is not just dependent on the height of the wave, but also how long that wave is. (And the shape of the bottom, how steep it is, how uniform, and lots of other stuff affect the break, but once again that's a whole 'nother topic - good resource here).

The length of the wave, so important to knowing how big the surf will be, is given by the period. That's the time it takes between one crest and the next - basically how long you have in between waves. A long period  (over 15 seconds) means the waves are further apart; a short period (under 10 seconds) means they will be close together. It can be nice to have a long period because it gives you more time to get in or out between the waves, but that's not what's most important about period. Period also indirectly measures the energy of a wave.

Think of it this way: how much stuff can you fit into a box that's 3 ft. tall? You can't actually answer that question unless you know how wide that box is. A longer period means a wider box, and it this case it means that the wave 'holds' more water. That's critical because when a wave breaks, that water is what rises up and crashes down on your head. And it's exponential (sort of). So a 4 ft. wave with a period of 20 sec. has four times the energy of a 4 ft. wave @ 10 sec. and the long period wave might jack up to 8 or 10 ft. in the surf zone, whereas the short period wave might only be 4 or 5. Hopefully you can see how important that is to know if you plan to ride that wave, or even are just trying to paddle through it.

Finally, the swell forecast will also give the direction the waves are coming from. That's useful because it allows you to figure out where will be protected and what locations might be exposed. If a coastline/harbor/cove/inlet faces the south, then it's going to be protected from a NW swell, meaning the waves will be significantly smaller than the forecast (the forecast is for the open, unprotected ocean). But a SW swell would likely slam into that same coastline/harbor/cove/inlet,

All this means that knowing the swell is 3 ft. doesn't really tell you much of anything about what the surf will be like where you're going. Some 3 ft. swells might produce nothing on the beach while others might create seven foot tubes perfect for riding or five foot dumping waves that close out. If you know the period you'll have a much better sense of the energy of the waves. If you know the direction, you'll understand how the waves will interact with your shoreline. There's definitely a lot more to the topic of surf waves, but hopefully these basics will help you get more out of your ocean experiences. 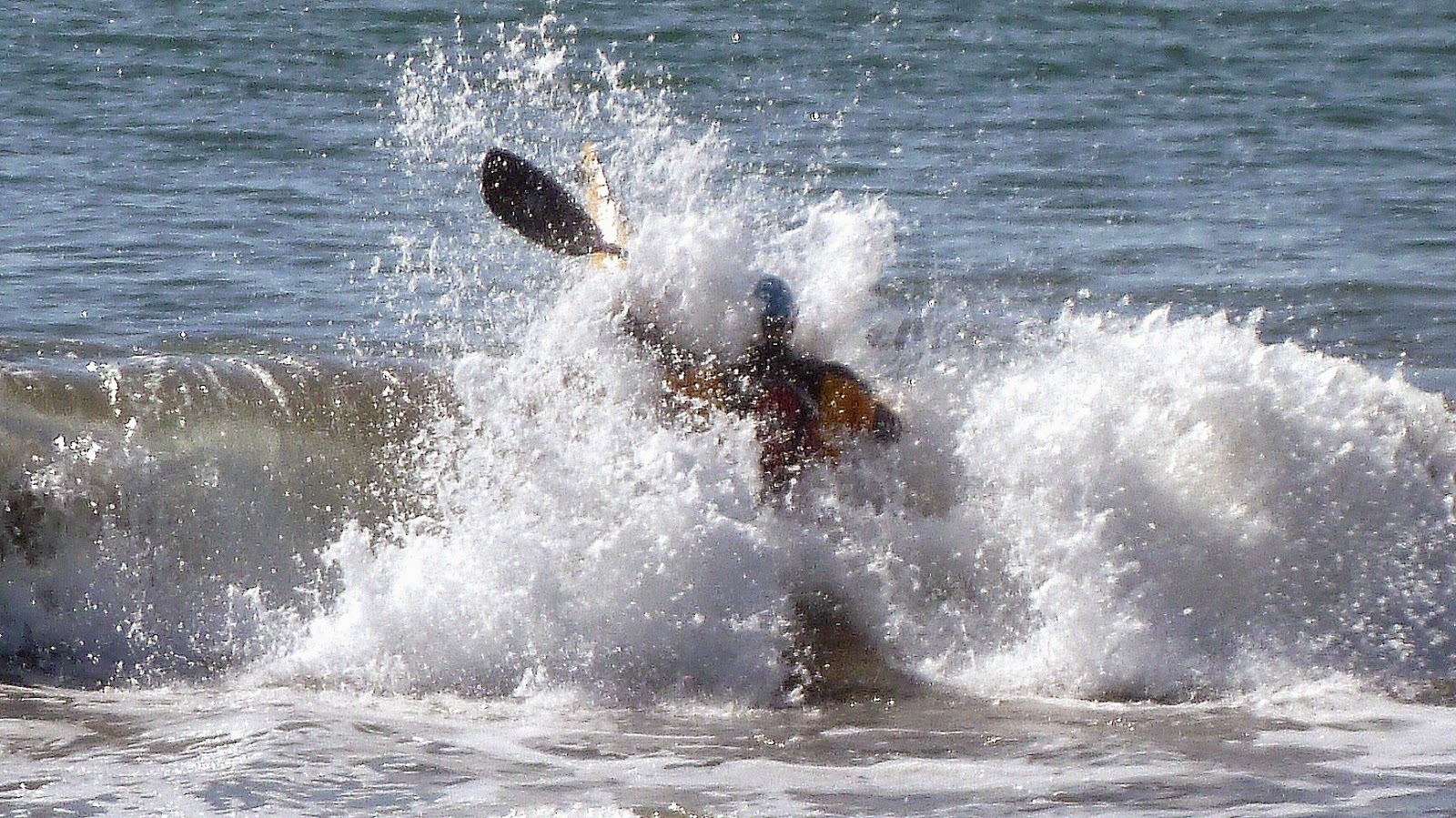 Getting back to where we started - why was my day so rough? Two separates swells coming it at the same time, approximately the same size, created two different surf zones, one atop the other. Sometimes they canceled each other out. Sometimes they just crossed paths and confused each other (and me). Sometimes they added up, a four foot wave on top a three foot wave (with a long period) made for eight foot waves with a whole lot of energy that came out of nowhere. A couple fun rides when I was in the right place; many more good thrashings when I wasn't. It was my first time at that spot, but now I know it much better and will be eager to get back there when the southerly swell comes by itself.