Pleasures of the Pit (River)

California is in the midst of an historic drought that's greatly affected the everyday lives of many people in this state (we've had to move to a new rental 'cause our old place's spring was running dry, and many people have it worse). The lack of rivers to run seems like a small thing in the big picture, but kayaking (or lack of it) can be illustrative of many of the water issues in this state. There are lessons to be learned.

With the snowpack long gone, little rain in the past six months, and temperatures at record highs, I still got out this past weekend to paddle a beautiful river with a solid flow - and it wasn't from draining down a reservoir. The Pit river is fed by a spring (technically the spring creates Fall River, which feeds into the Pit), pumping 1,000 cfs of clear water year round, regardless of the weather. This bounty of nature isn't normally left free to entertain the recreation desires of a few, but normally is re-directed into a series of canals and power stations, providing a reliable and (relatively) cheap source of electricity.

Ultimately it feeds into Lake Shasta, the largest reservoir in California, where it is held with other rivers (Sacramento, McCloud) until released to create more electricity and irrigate the Central Valley of the state, the breadbasket of the country (read this article to be impressed and perhaps terrified of the importance of the area: NY Times/Everyone Eats There). This water is the lifeblood of our state, our country, and kayaking seems like a small need of it's power.

But there's more power in kayaking than one might imagine. The flow on the Pit over the weekend was a scheduled release, the electric utility agreeing to let the water resume it's normal course for forty-eight hours so a few dozen people could come play. But we did more than play, and the power of the river that we soaked up lasts far longer than our time on the water.

I had the pleasure to meet and boat with Dave Steindorf, the California Stewardship Director for American Whitewater, the nation's leading river-recreation advocacy group. AW had negotiated the release from the Pit, as they have negotiated many releases that provide kayaking opportunities in dry times. But these releases also provide water to the fish and moisture to the riparian corridors along the riverbeds. The create commercial rafting opportunities that generate millions of dollars in revenue for small communities and family owned businesses. They instill a love and appreciation of the power of the river and value of the water, and that is, perhaps, the most valuable thing we can take away.

As a kayaker I could narrowly look at the river and see only how it serves me in my rather silly hobby. But dam releases help me see a bigger picture. I see the struggle to secure the public's right to that water; the demand of the farms for the most crucial ingredient to all other foods; the importance of the dam itself for generating electricity that we need and providing drinking water to the most populous state in America. I see beyond that, to the futility of relying on a desert to grow our food, to the long-term dilemma of sediment build-up and ever-increasing maintenance costs that hide the true cost of 'renewable' energy. I fear man's folly of taking water from its source to places that were not meant to have it, our false belief that we can always get around the rules of nature and thinking short-term solutions will eliminate the problem. Water conservation and use is a large and complicated subject, worthy of much philosophical musing and en-depth study, and the joy of paddling a dam release leads one into an area of far greater impact on society. It's a trip worth taking. 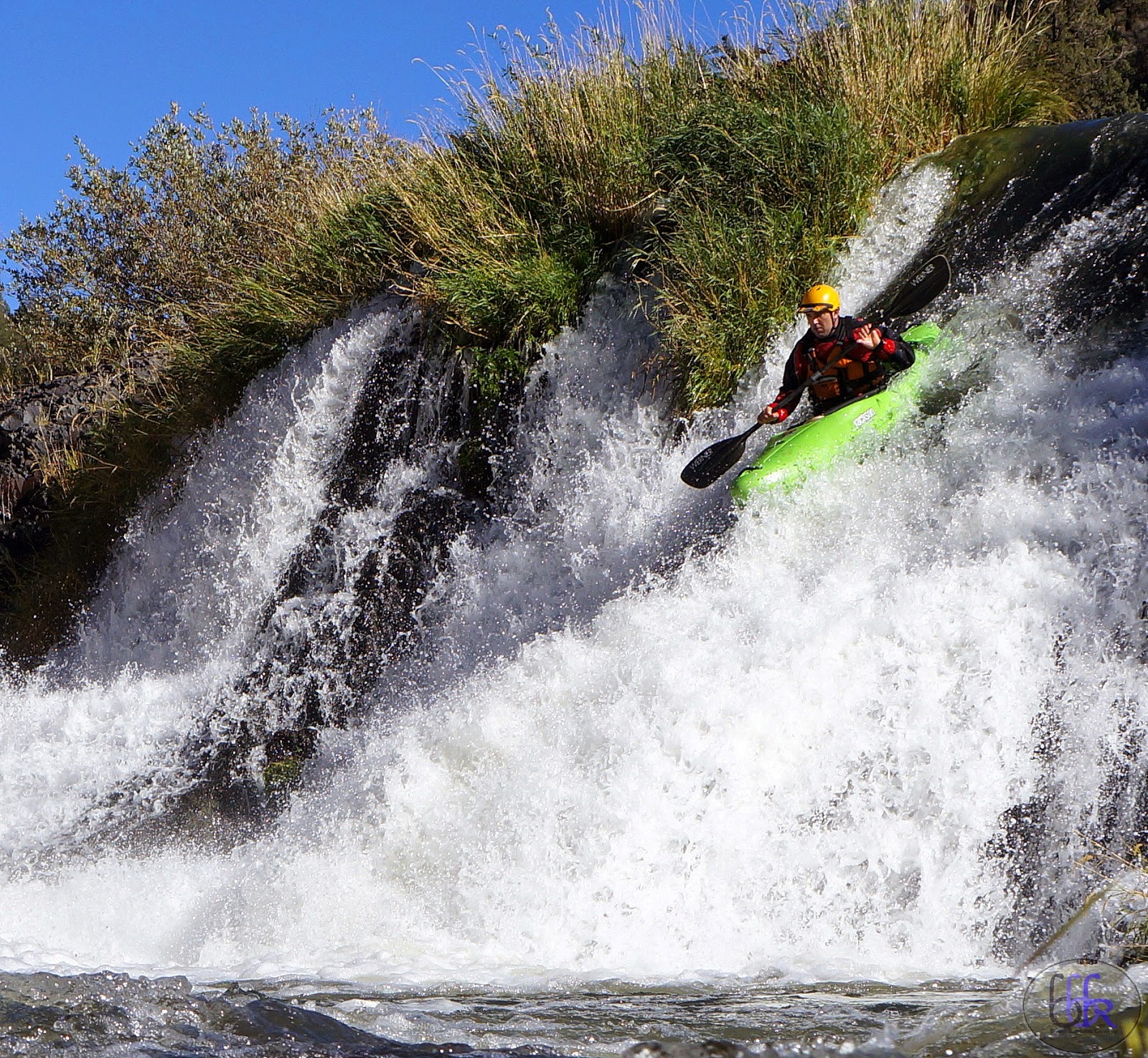 On the lighter side, the paddling was scenic and fun, the people as warm and friendly as the temperature, and the sense of river community held strong throughout. I had seen many pictures of the Falls, but felt no need to try the 30-footer, as easy at it looked. But the 'sneak' routes, both right and left, put a smile on my face. The fun class III-IV rapids, especially the quarter-mile long one after the Falls, kept me happy the entire run. It's a great river that will be going again in a couple weeks - get on it if you can and thank AW for one more opportunity to kayak (and all the others as well).

Here's a little video of our two days on the Pit: