I'm about to run off for a few weeks of teaching on the river, but before I had to get in a little coastal paddling before leaving our beautiful home. The weather had been beautiful on shore, with temps in the seventies and plenty of sunshine, but high winds and 10' @ 10 sec swells haven't made for the best paddling. With plans to launch at the always protected Van Damme, we stopped to look at Big River and decided conditions were fine for a trip out the river and around the Mendocino Headlands. 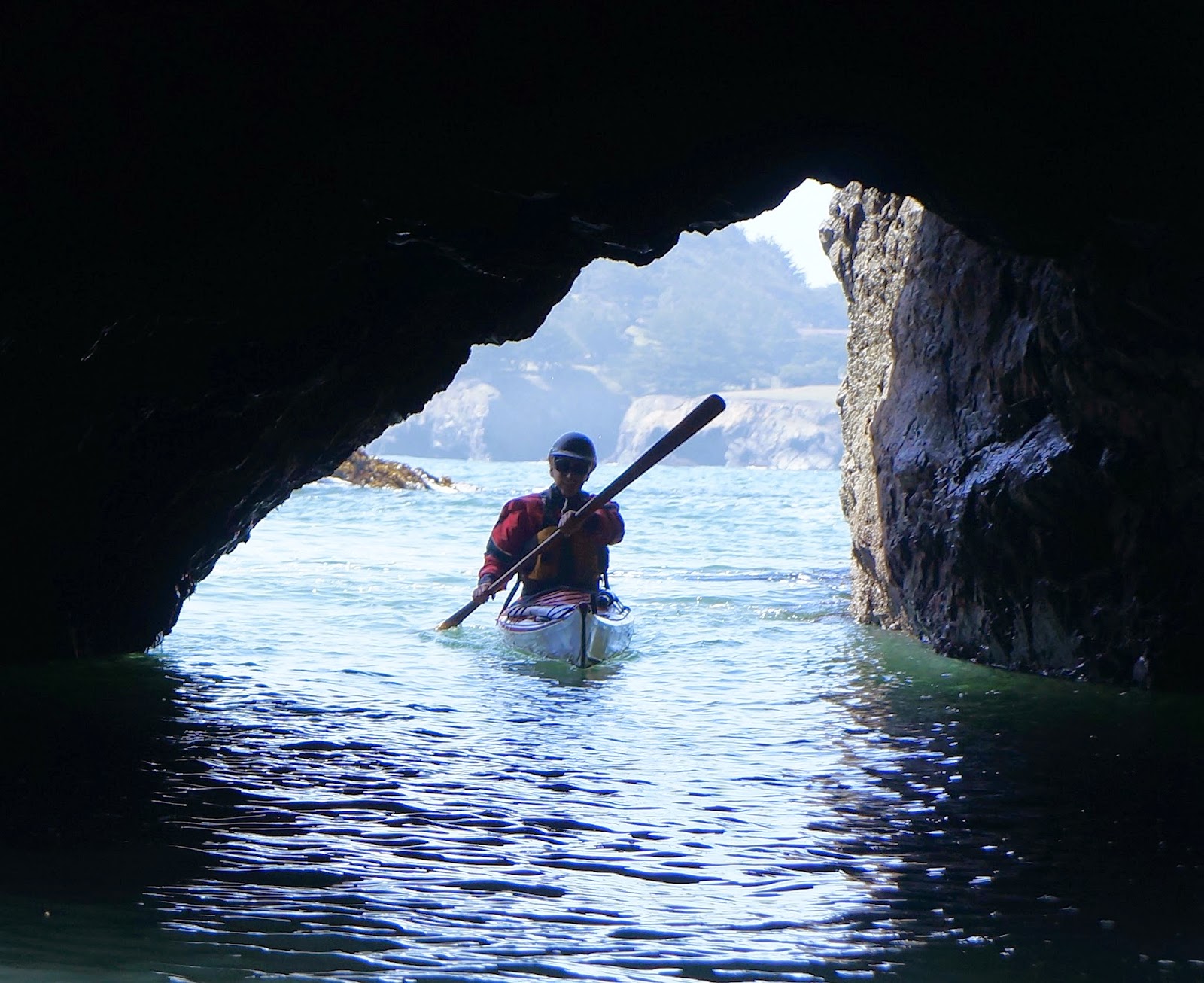 Gearing up in drysuits and helmets, we got plenty of strange looks from the folks in shorts and tee shirts riding their sit-on-tops or rented outrigger canoes up river. Be we rode the ebb, passed under the Highway One bridge, and dodged the sandbar at the mouth to punch through small surf and be free on the ocean.

The tunnels start immediately on the rocks fifty yards offshore and continue all the way around the headland. One right below the main street in the village of Mendocino has a collapsed ceiling, creating a skylight as you pass through the tunnel. Tourists gathered around the wooden railing and watch with awe as we paddled through.

Around the headland it took a little timing and care to sneak in behind the reef and find the protection of the outer islands. Tunnels appeared at every turn, allowing us to pass through point after point, until we reached the north side where the waves had direct access and made things bumpy. We retreated to a nice beach, needing to strip off the drysuits for a moment to cool down - it was hot out of the wind! 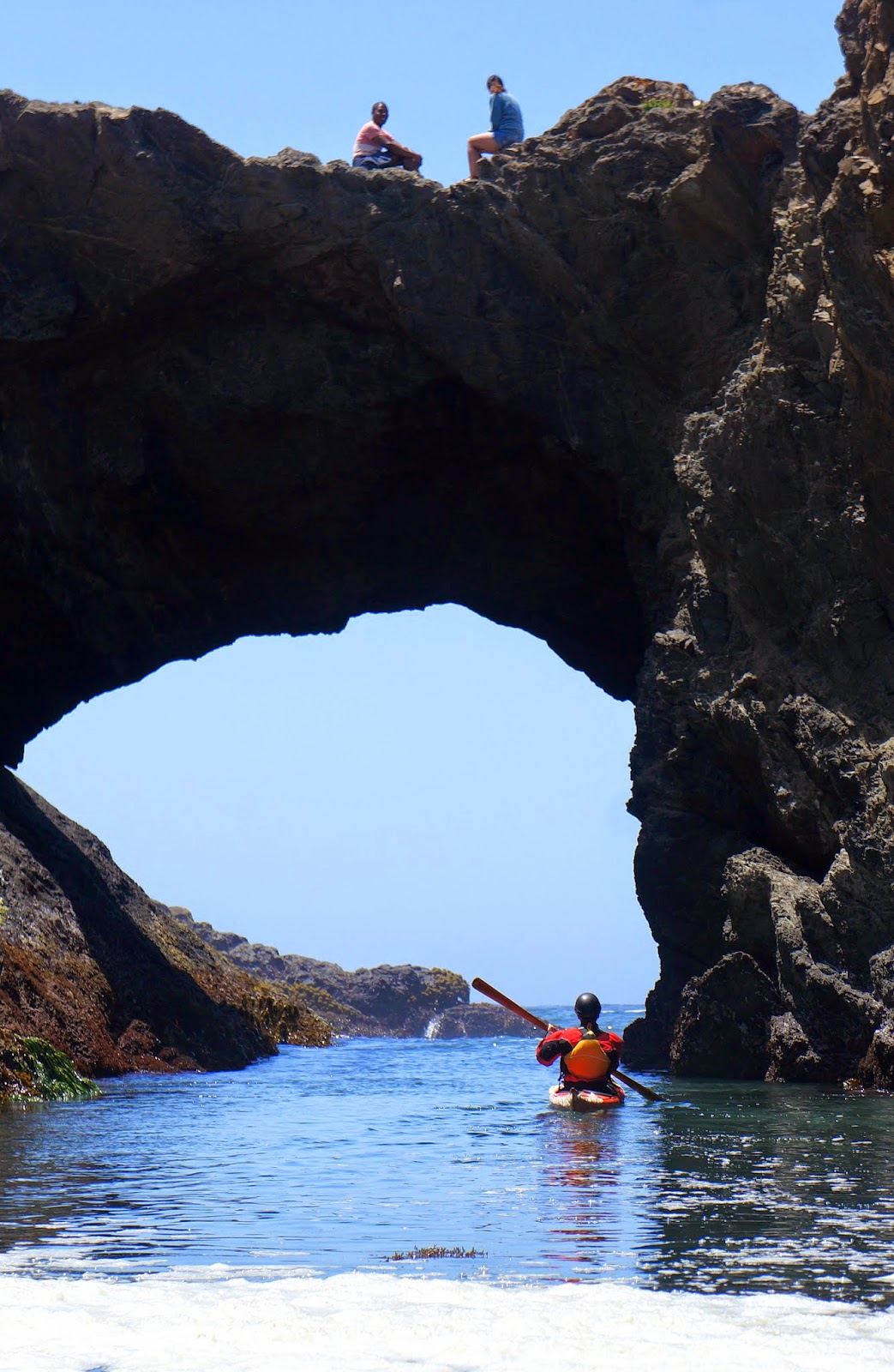 After the brief break we suited up and headed back around, more tourists watching from above, undoubtedly jealous of the beaches and arches you can only enjoy by kayak. More tunnels offered more options, a parallel but different route to once again return to the mouth of the river. The current still ebbed and the sandbar had grown on the falling tide, standing the waves up steeply. I rushed in and caught a ride that ended dangerously close to a pirouette on the sand, but turned at the last moment to merely windowshade on the wave and continue on my merry way. A great way to remember the coast as the warm temperatures and cold water of the Sierra foothills await.